The first weeks of M.A.R.E.

In this report on the first activities on board One, Ginevra Boldrocchi, Sandro Carniel and Alessandro Benedetti explain, among other things, what it means to do scientific coaching

Besides the production of scientific content, one of the pillars of the M.A.R.E. project is dissemination.

In this regard, one of the strategies adopted is that of 'scientific coaching' carried out by One Ocean Foundation personnel towards the crew of the ONE catamaran. During the first week of navigation, the scientific coaching enabled the project's activities to be explained, contextualising its mission with respect to the climate and environmental problems suffered by the Mediterranean Sea. Starting from the major global issues of climate change, sea level rise and pollution, attention was brought to the smaller scale of the Mediterranean, whose smallness amplifies these impacts by exposing the most vulnerable marine species to greater risks. It was explained how three research activities will be carried out during the 12 weeks of navigation: cetacean sightings, environmental DNA and zooplankton sampling.

Seemingly unrelated, these activities are actually connected. Cetacean sightings are complemented by the sampling of environmental DNA, i.e. genetic traces dispersed in the environment by marine organisms, including cetaceans and alien species. In addition, by sampling zooplankton, it will be possible to understand the entry capacity of natural and synthetic pollutants into the food chains at the very base of the trophic chains.

The 'scientific coaching' of the M.A.R.E. project was also developed by exposing in depth aspects directly related to the marine-coastal conformation encountered during navigation. Benefiting from the period of tourist decompression typical of the first weeks of May, in the Molara and Spargi island landings, many posidonia beds could be observed, highlighting their biological peculiarity, ecological value, and importance in stabilising the seabed with respect to the dynamics of the wave motion below the coast. Furthermore, it was possible to understand how Posidonia leaves are also useful when dead, when accumulations on the beach, called banquettes, stabilise coastal profiles against erosion.

Remaining on the subject of coastal profiles, in favourable weather and sea conditions, it was possible to observe the well-marked battente furrow on the island of Tavolara, an erosive trace of the sea surrounding the cliff profile. In some places, a 'fossilised' groove could also be observed, similar to the better-preserved groove of Orosei (about 50 km further south), located a few metres higher and in all probability dating back to the last warm phase 125,000 years ago, when the sea level was higher.

Stopping in Porto Cervo, one passed close to Cala Romantica, where a young pregnant sperm whale was stranded on 28 March 2019, with more than 20 kg of plastic in its gastric concameration. As explained, it should come as no surprise that there are eight species of cetaceans in the Mediterranean Sea, including sperm whales and minke whales, seven of which can be sighted in the vicinity of the Caprera Canyon. Likewise, unfortunately, it should come as no surprise that cetaceans are strongly threatened by human activities.

The 'scientific coaching', which mixes the exposition of the project contents with insights provided by the extemporisations that emerged during navigation, was created to balance the pivots of the 'Research and Education' pair of the M.A.R.E. project.

What is new is to think of the dissemination of scientific content as a multi-stage process, much like marine trophic chains.

At the most contingent level, i.e. the contextual level of navigation, crew coaching enables the flow of live content by harnessing the immediacy and fast-spreading power of social media. At a later level, the project was illustrated during navigation stages in more structured and organised contexts such as the presentations held at the Lega Navale in Olbia, the Caprera Sailing Centre and the Marina della Maddalena, in the presence of the institutional, political and associative representatives involved in the project. Lastly, once the navigation campaign is over, the results of the sampling activities will be made known not only within the more strictly scientific publicity circuits, but also through broader dissemination and awareness-raising actions.

M.A.R.E.'s mission is therefore declined on several fronts in order to maximise its great economic, logistical and scientific effort. The objective is to ensure that the chain of research, knowledge, awareness is solid at every link in order to create a new and necessary culture of approach and management of human activities with respect to major environmental issues, both at the level of production and consumption of goods and services.

'You cannot solve a problem with the same mentality that created it' Albert Einstein. 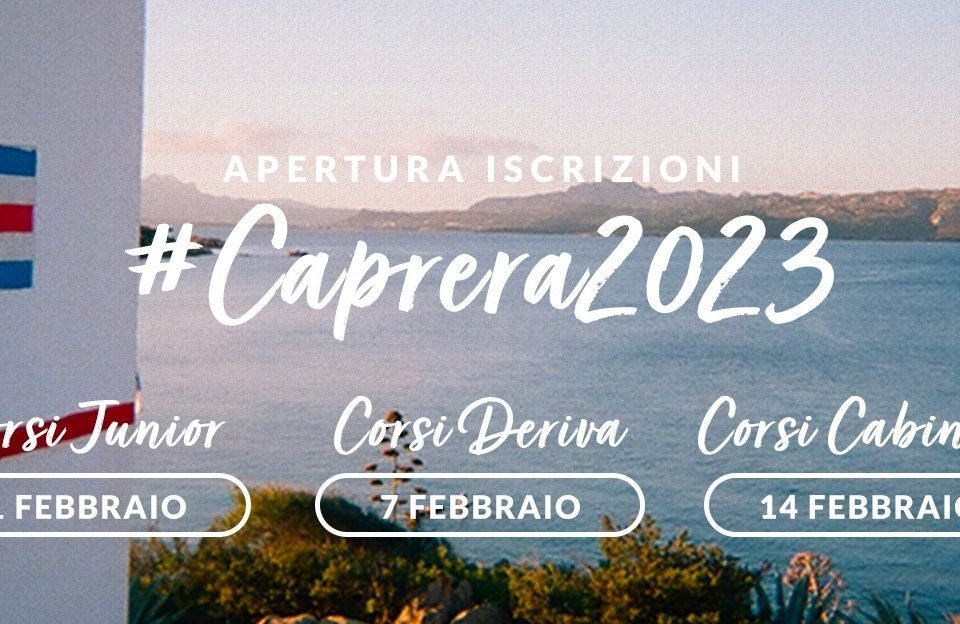 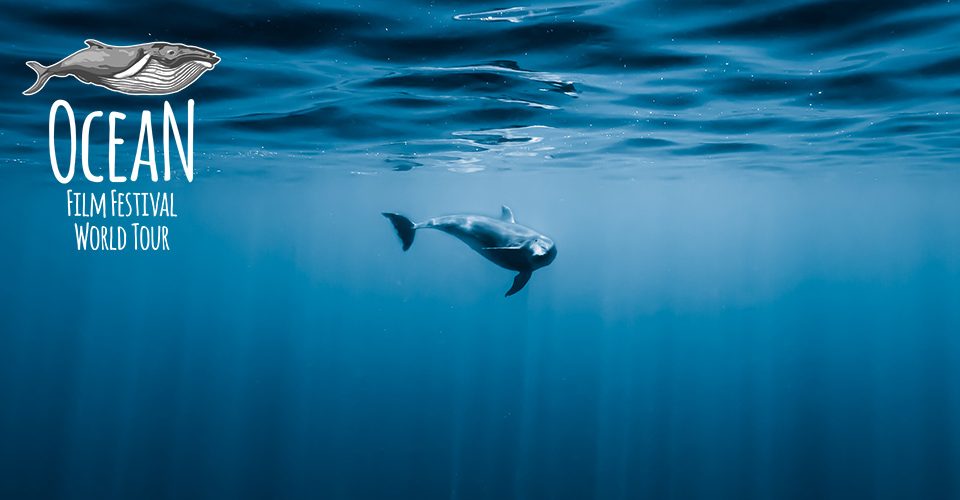 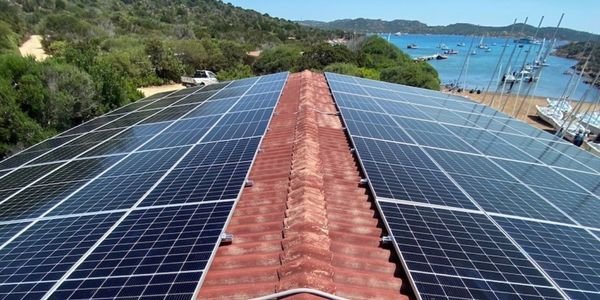 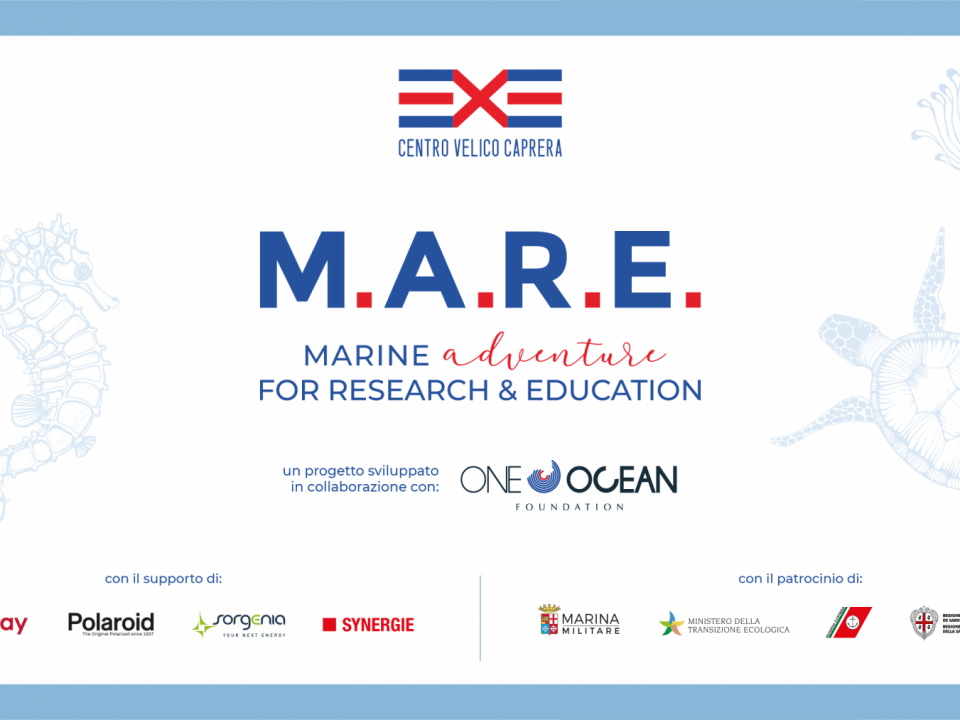 Sea and sailing school since 1967. Dinghy and yacht cruising courses with a unique teaching method, a constantly updated fleet and some of the best wind conditions in the Mediterranean. CVC is the ideal school to both approach and improve your sailing and nautical knowledge.

Subscribe to our newsletter to get updates about events, initiatives and exclusive offers.

SUBSCRIBE
Back to top
Below you will find useful information for attending our courses. If you have any questions, please call us on +39.02.86452191.
To confirm the course

Within one month (30 days) before the start of the course:

What to bring to Caprera
Journey

From the mainland > Olbia

By ship (arrival in Olbia or Golfo Aranci)

By air (arrival in Olbia)

Palau is 50 km from Olbia, these are the means of transport (journey time about 1 hour):

From Palau to La Maddalena regular ferry (about 15 minutes).

Every Saturday in La Maddalena at 13:45, on the Lungomare via Amendola, motorboat Apollo II with a CVC sign will take the students to Caprera (meeting point 10/15 minutes before). Before 1 May and after 31 October, the motorboat will be replaced by a bus, same time and meeting point.
Telephone to be used only on Saturday of arrival in case of emergency: 347/6749599.
If you arrive late, from La Maddalena you can call a taxi (see contact details under Useful Phones - average price 23/30 Euro or more).
The Centro Velico Caprera does not organise group trips but points out the existence of a Facebook page dedicated to arrivals and departures so that participants can organise their trip better.

It is not recommended to arrive at the base bycar .

Access is only allowed up to the gate of the Precrociera dock, from there you wait for the arrival of the other students with the ferry from La Maddalena. For the duration of the course you will not have the opportunity to use it.
Cars are not allowed to circulate inside the Park, unless you have a special permit, which can be obtained directly from the Park Authority (Tel. 0789/79021).
It is advisable to leave them in Palau.

The CVC base on Caprera
Operations on arrival

When disembarking from the ferry, the students of each course are assembled and assigned a place in the dormitories. You will take possession of your sleeping place, dressed appropriately for the swimming and scuba diving test (dInghy initiation courses) or for the activity on the boats. You will then be assembled in the classroom to receive instructions from the Chief of Instructors (Shift Leader) and base staff.
There are individual safety boxes in the Punta Coda Initiation settlement. You will be given the key against a deposit of 50 Euro. In the other settlements there are collective safes. The school is not liable for the theft of items left unattended. Avoid bringing valuables or excessive amounts of money.

Particular attention is paid to resting during the night: very intense sporting activity does not allow hours of rest to be lost.

ARE YOU A NEW USER?